This was her own page. 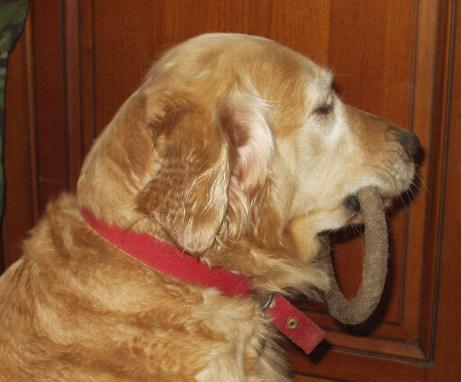 Always sits around with her favourite ring in her mouth ! 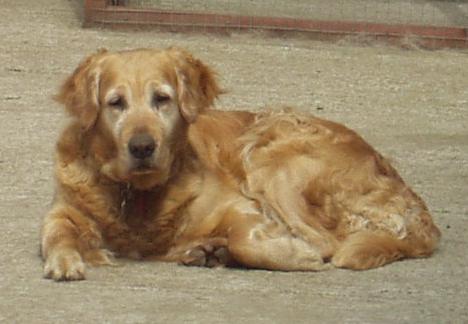 Elsa does rather look older than her age! 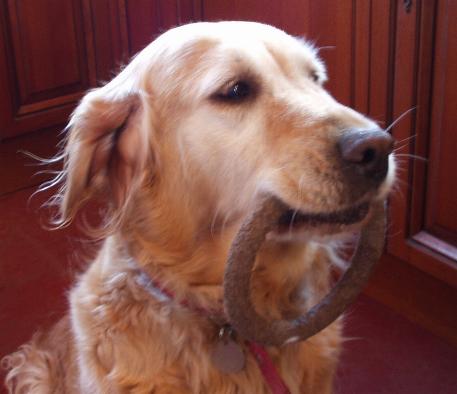 FROM PUPPYHOOD UNTIL NOW: 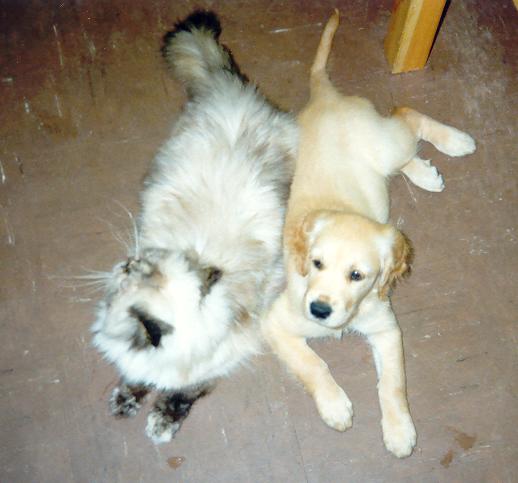 Elsa as an 8 week old puppy -smaller than Tosca the cat! 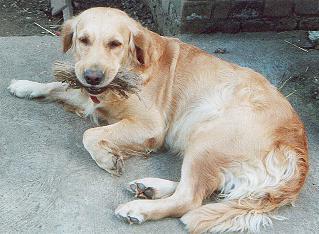 She is Dandy's niece, being the daughter of his older brother.

Elsa hasn't quite got Dandy's good looks, but has the same

temperament. She is Dandy's closest friend. 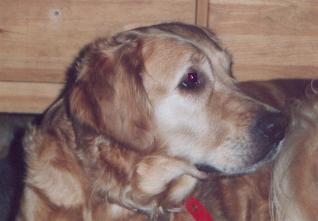 Young Elsa -as usual with a toy. 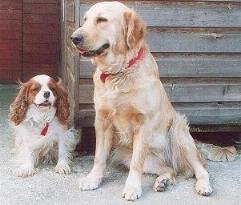 Rufus with Elsa. Elsa loves Rufus and the first time she was in season, she

made it clear she wanted HIM, and NOT Dandy.

(Elsa has never had pups.) This was when Dandy started to hate Rufus, and

he has never forgotten it. 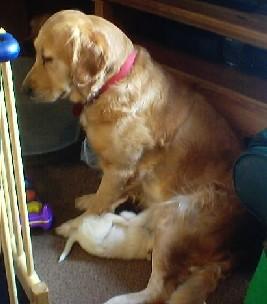 In 2001, Elsa became the foster mother of a rescued pup.

She developed milk and suckled her. 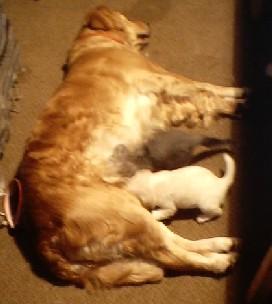 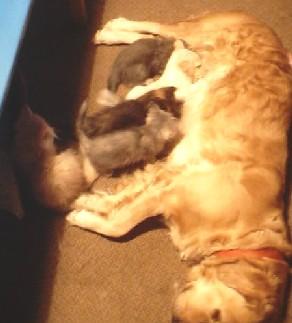 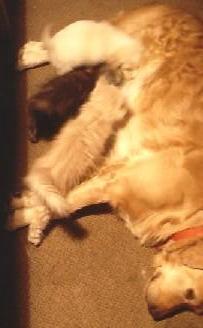 Amazingly, she also allowed several KITTENS to suckle her !! 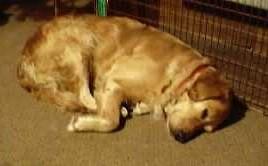 Elsa asleep in front of the fire 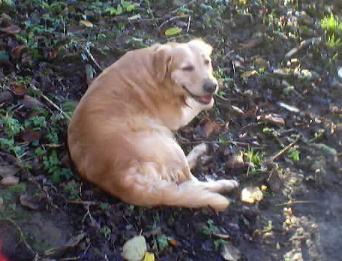 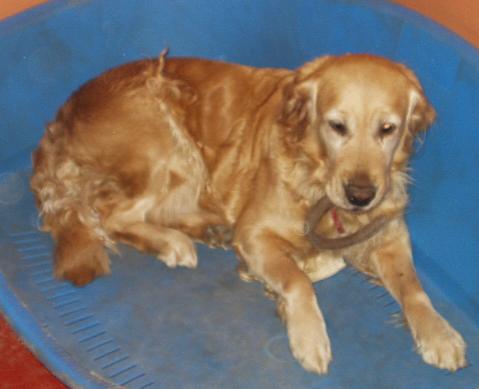 Elsa with her favourite toy in November 2003. 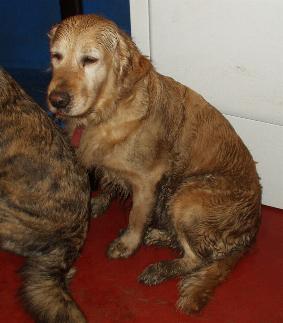 They also seem to attract mud !

This is Elsa in March 2004, after just having been outside in the back garden for 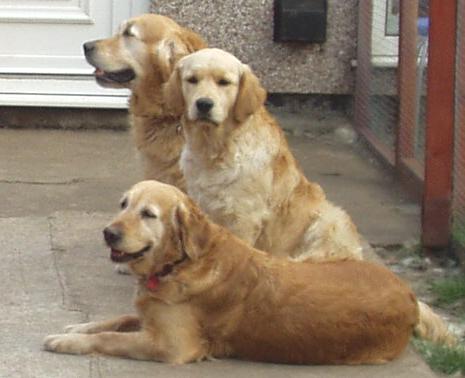