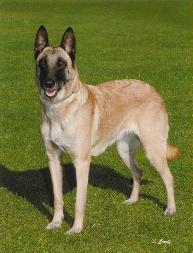 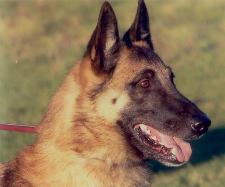 first UK Malinois ever to win a Malinois CC 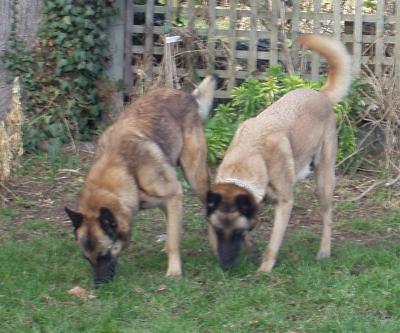 Lakota and Ripley got on really well, sniffed the ground, played, and then mated 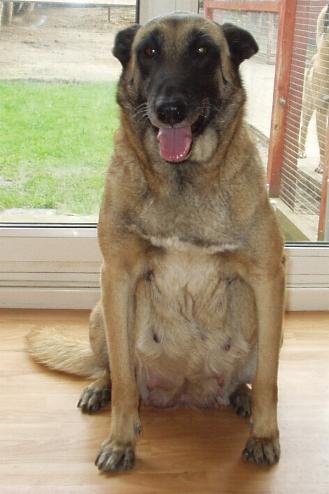 Then the long wait started.

Ripley kept us waiting -it felt like for an eternity but in reality it wasn't quite so bad!

Finally on day 65 she gave birth. 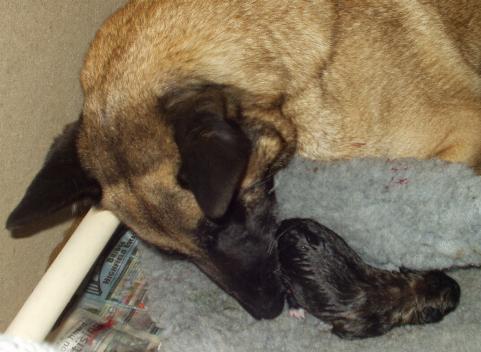 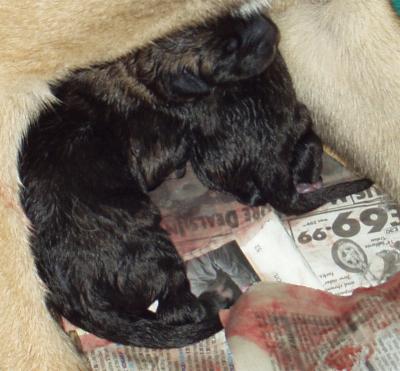 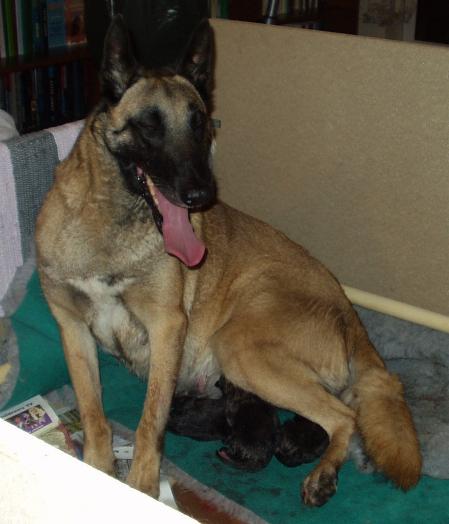 Ripley is getting rather tired 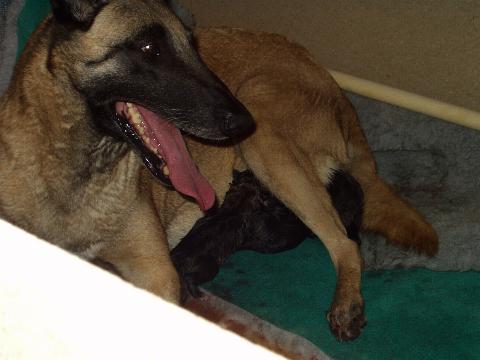 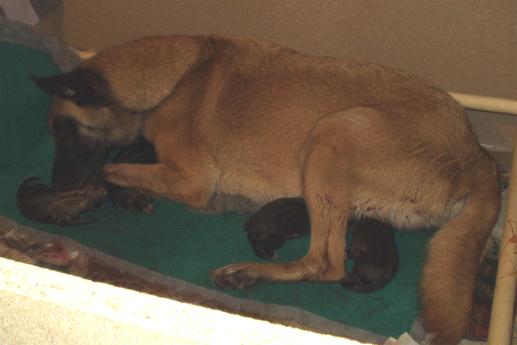 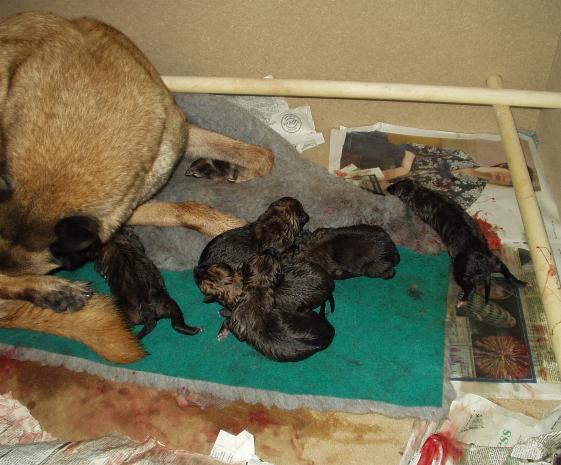 The flash failed for pup number 5, which was another dog at 2.53 am so no photo.

Whelping is a messy business as this picture shows! 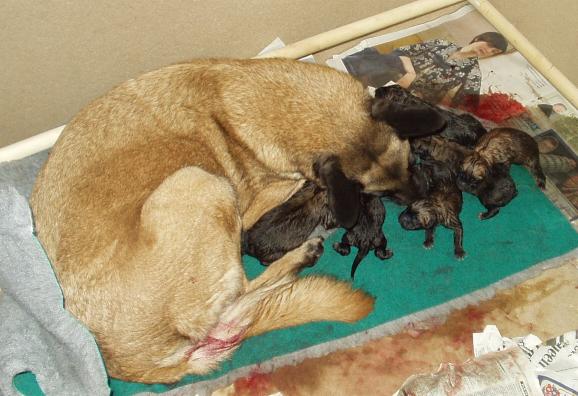 Ripley washing her pups that still are quite wet 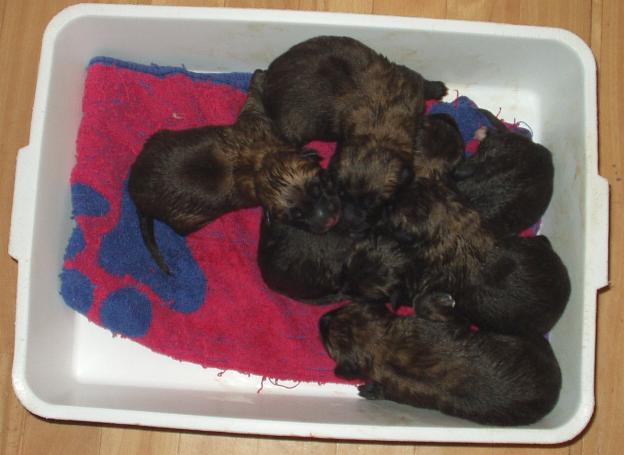 It's hard to believe now that Rambo, and also Arnie, once were this small!

At 4 am when all was done John went to bed -for one hour, then he had to go to work! 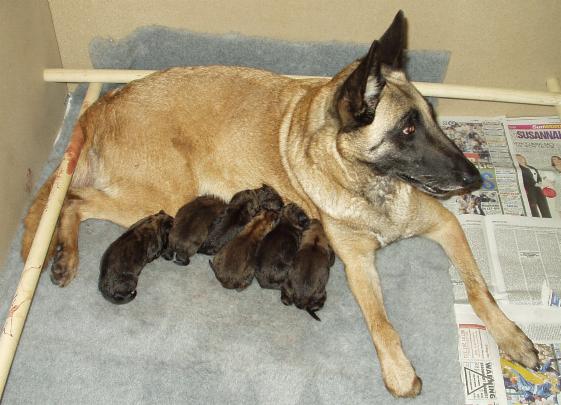 Nice and clean now, all plugged in to mum's teats 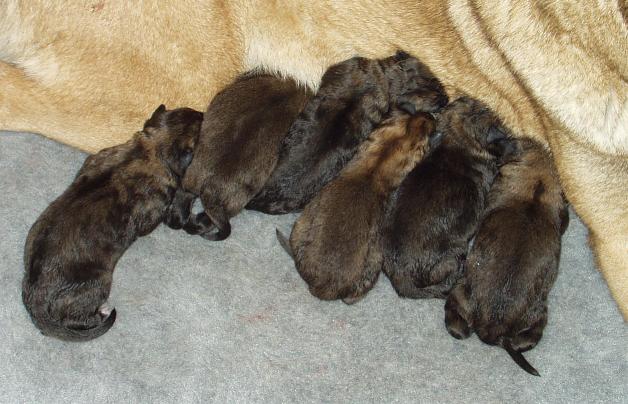 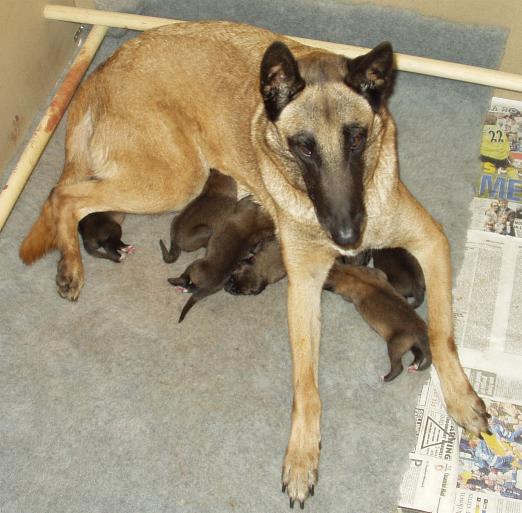 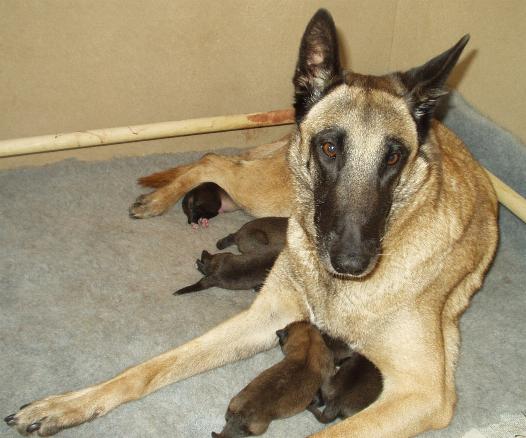 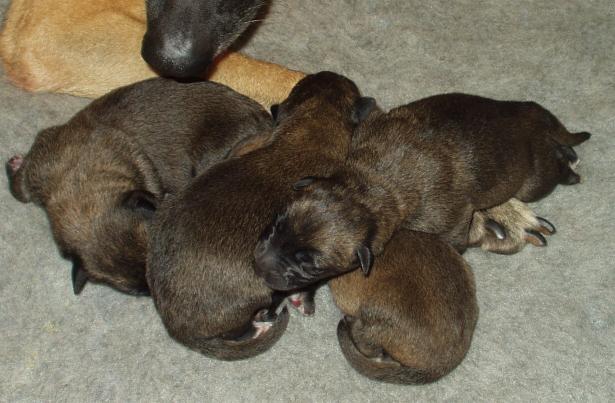 These are the 4 dogs 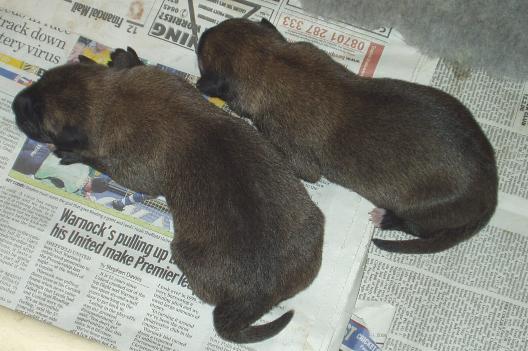 And these are the 2 bitches 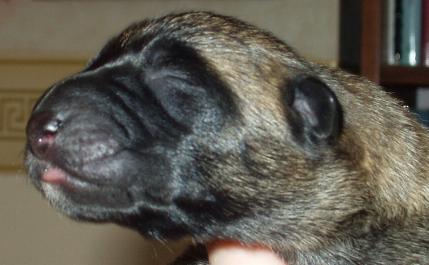 Close up of a pup who already has a black nose 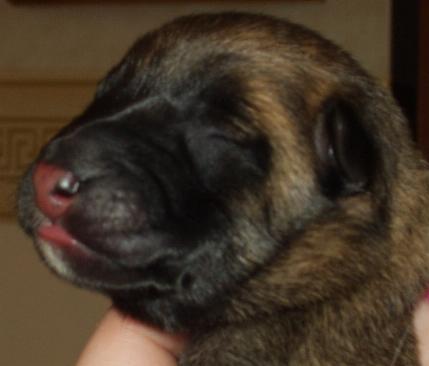 Next: The first week