Also Zelda (G. Kalinka, Malinois) with owner Karen Denton placed 2nd in a Level 8 Scentwork UK trial,
and with her previous two firsts and a fourth she has now gained 32 points in total at Level 8 and is
the first dog EVER to qualify for an Excellent title at the highest level in Scentwork UK!

4th of September: Bye old Bobby, our first Papillon. 16 years and 5 months old and the time had come. We miss you little Bobs. 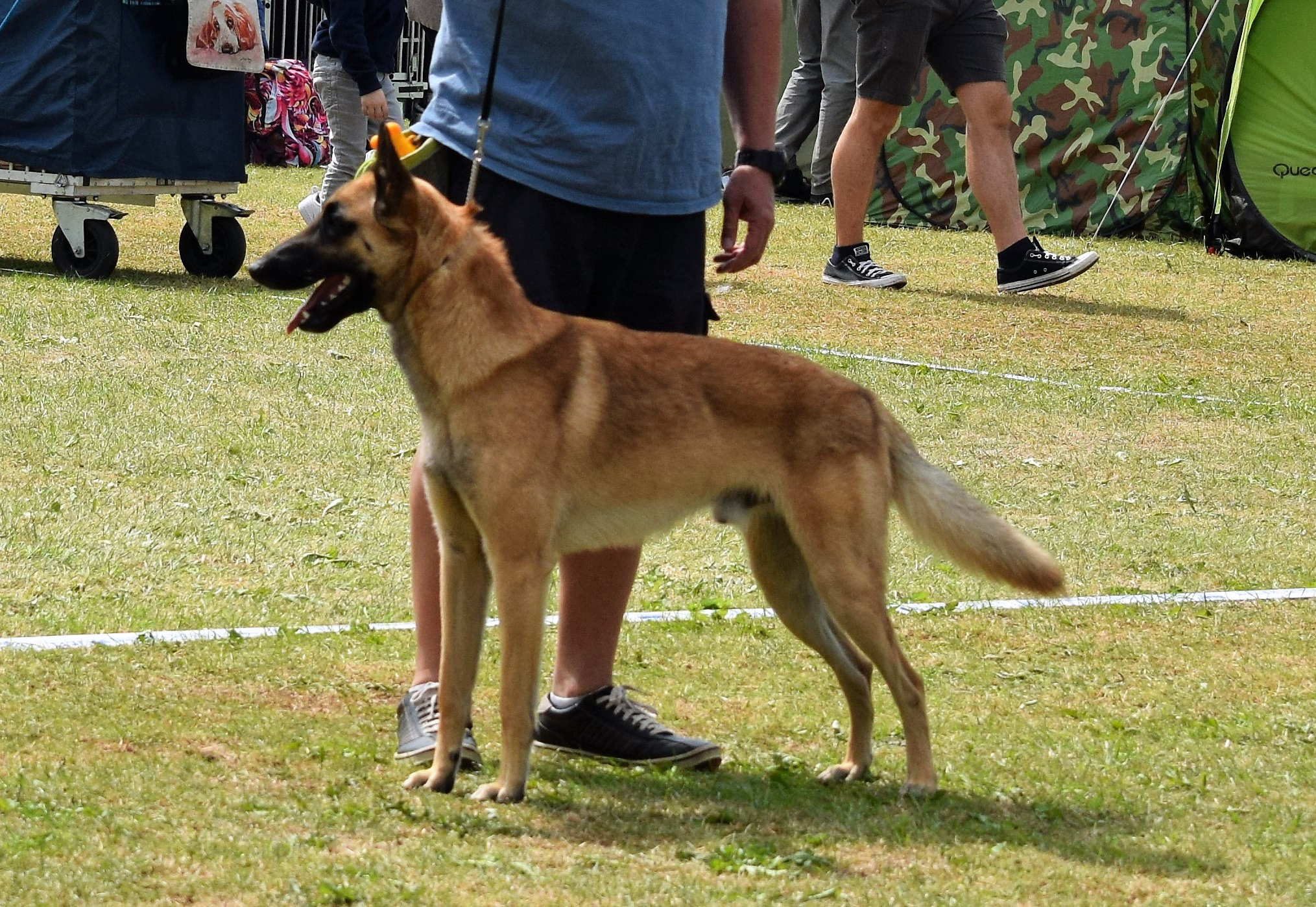 25th of July: Leeds Championship show. Goldmali Queen of Hearts (Rani) won Best Puppy. Goldmali Paradox (River) with Natalie Mitchell won Junior Bitch and was Best Special Beginner and is now Crufts qualified. Bambi (G. Over the Rainbow) was first in LB but she was the only entry so nothing to shout about.

24th of July: Natalie Mitchell and River competed in their first obedience show and placed 8th!

17th of July: The first show with CCs since lockdown !! National Working & Pastoral Breeds Championship show. Unfortunately we could not be there but Kirsty Thomas with Goldmali Quicksilver (Zeke) won Best Puppy and is now Crufts qualified.

Last weekend of June: Joanne Apostolou and Zulte (Goldmali I Believe I Can Fly AWS) won into grade 6 agility.

2021 in general: Very sadly there have been several Goldmalis pass away. Rest in Peace Goldmali Angel ("Cleo" with Chris and Steve) who was 16, Goldmali Could It Be Magic ("Tiva" with Thea) who was almost 13, Goldmali Careless Whisper ("Axel" with Cathy and Mick ) aged 12, Goldmali Incredible ("Dime" with Margaret) aged 7 and Goldmali Obviously ("Mali" with Brian) aged just 4.