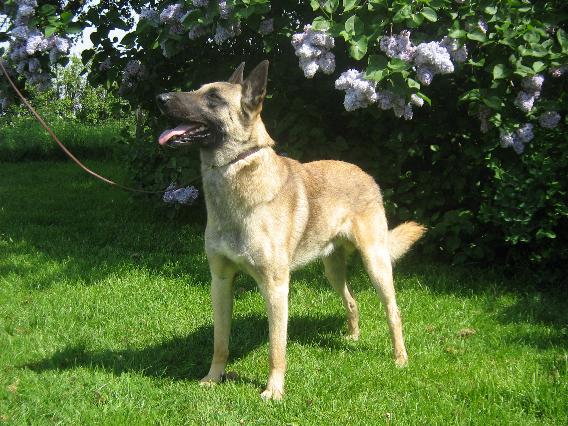 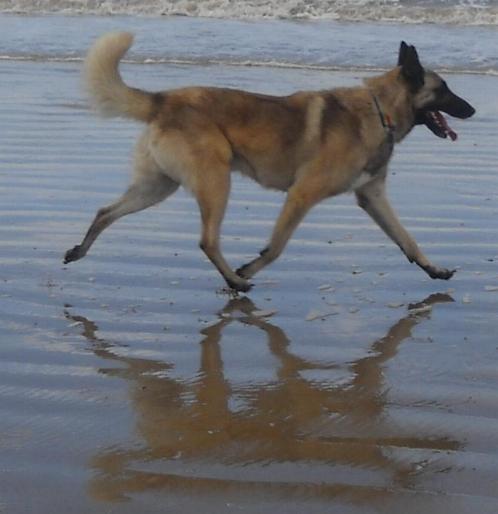 Z used to be the puppy known as Splodge -my favourite from the day he was born.

However at the time I could not keep another male dog because of Rambo, and it didn't make practical sense to keep two puppies and Rio was definitely staying with us.
So Z went to live in London, and a better home nobody could have wished for.

His name is pronounced the American way; "Zee".

Z and his owner did a lot together -obedience, agility, showing, even a bit of tracking and working trials.

We met Z at several shows and Ripley and Rio were always happy to see him again.

Then things changed, as they sometimes do. Z's owner was moving back to the US and would be working long hours. With Rambo gone, not only were we now able to give Z a home,
but we were also very, very happy to do so -we have so missed having a male Malinois and there is none friendlier and happier than Z.

(A lot of earlier photos can be found on the litter pages.) 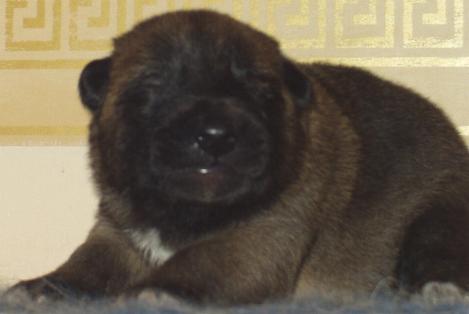 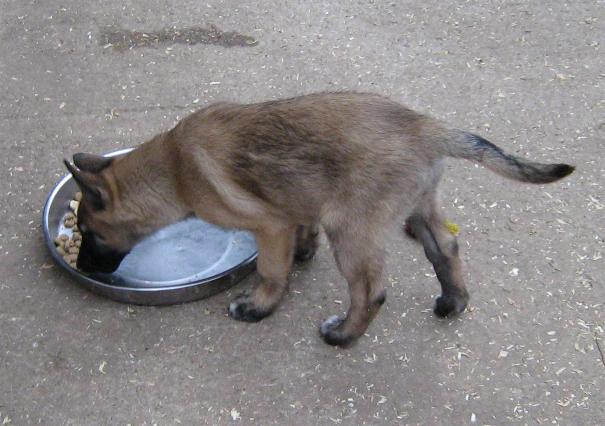 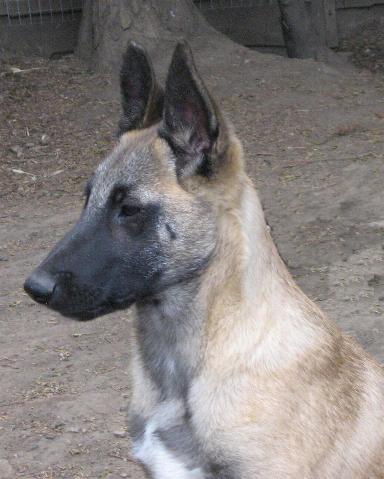 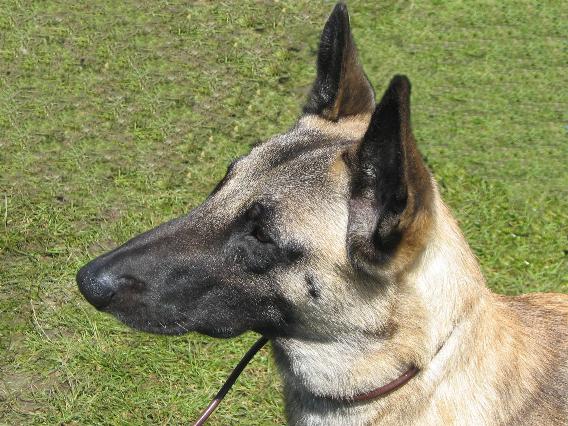 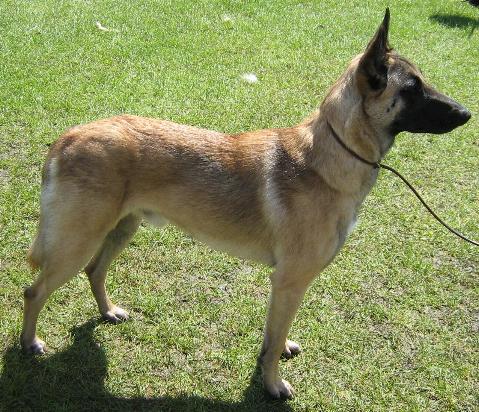 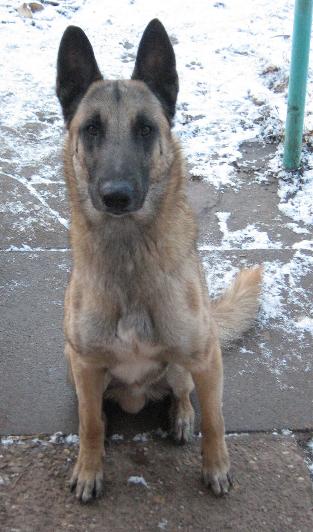 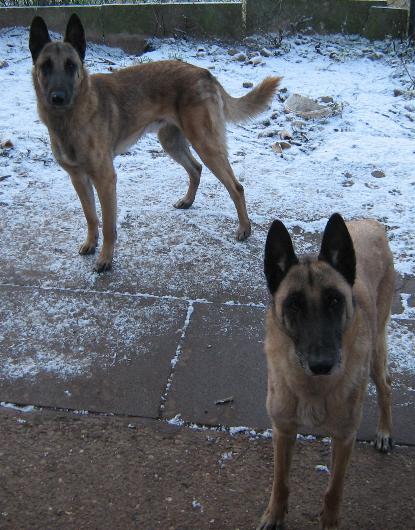 With mum Ripley (at front) 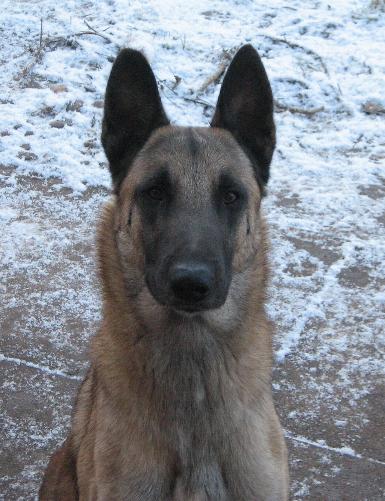 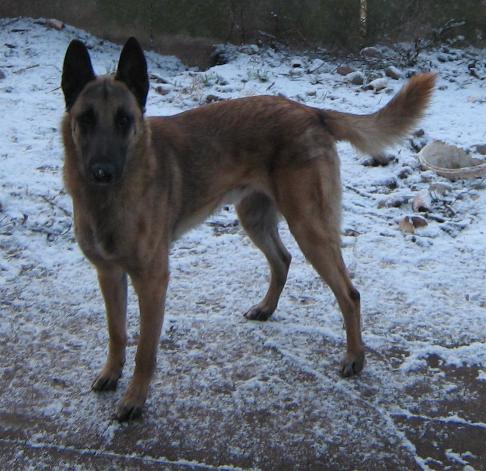 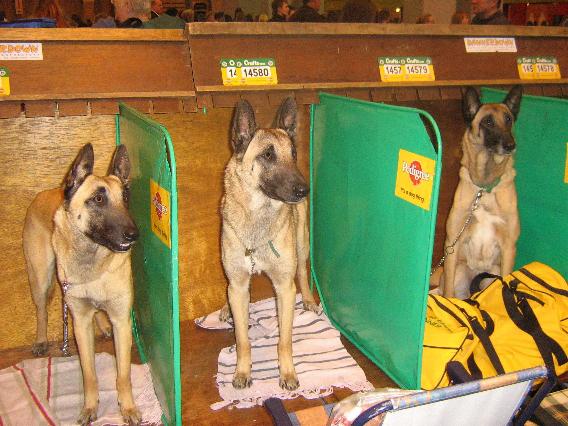 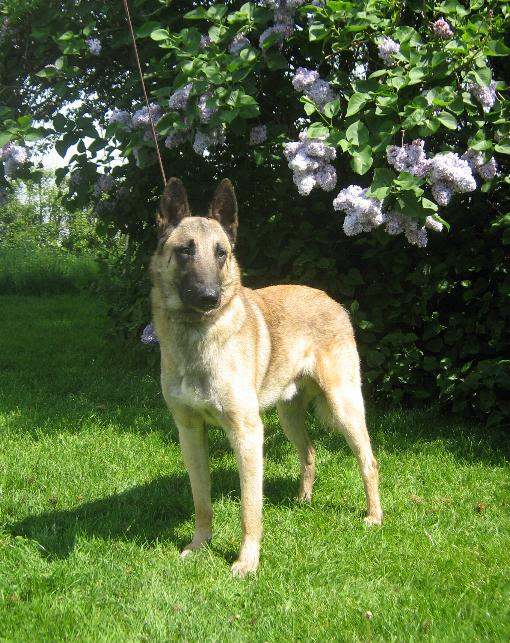 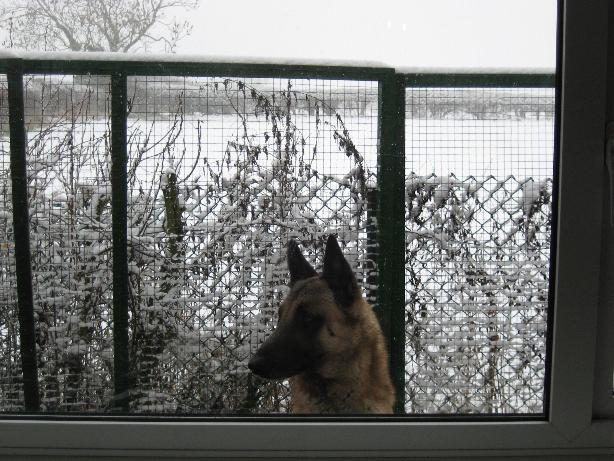 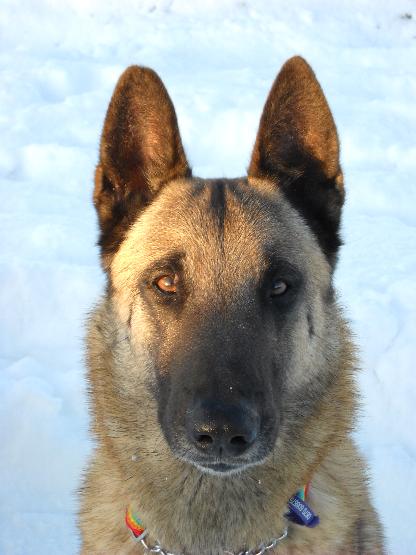 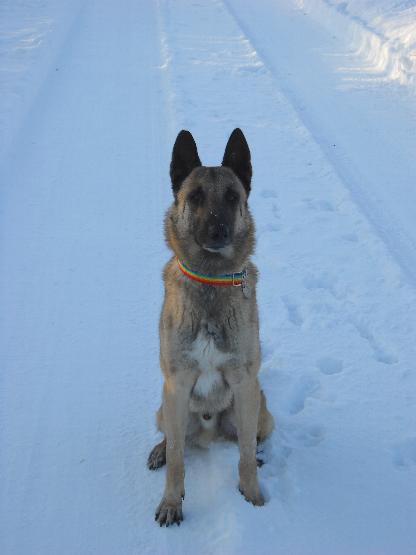 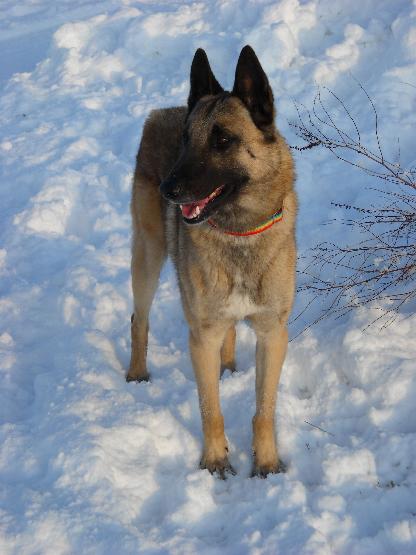 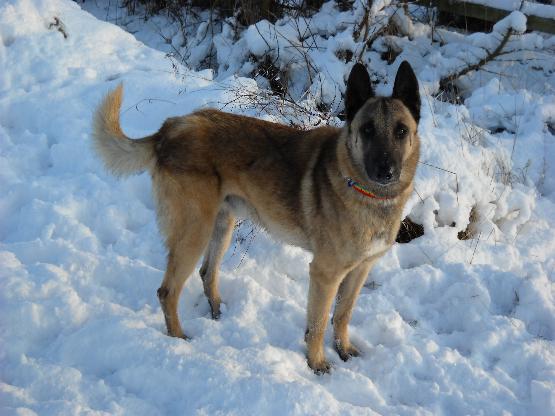 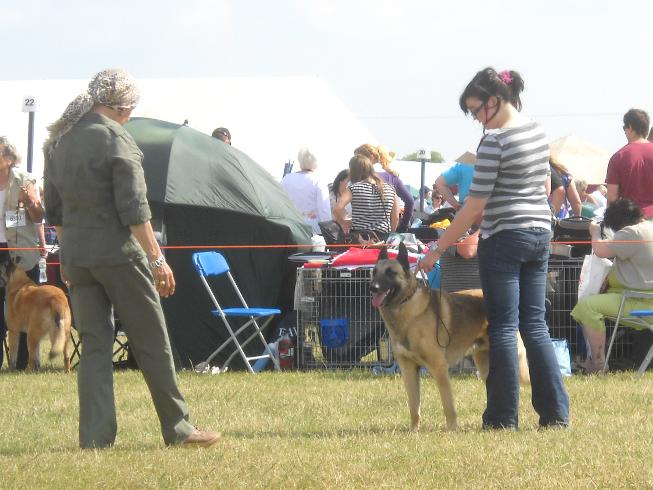 Melanie used to handle Z at all the shows and sometimes in Junior Handling, when both she and Z were young.
Here they are in the ring at Blackpool June 2010. 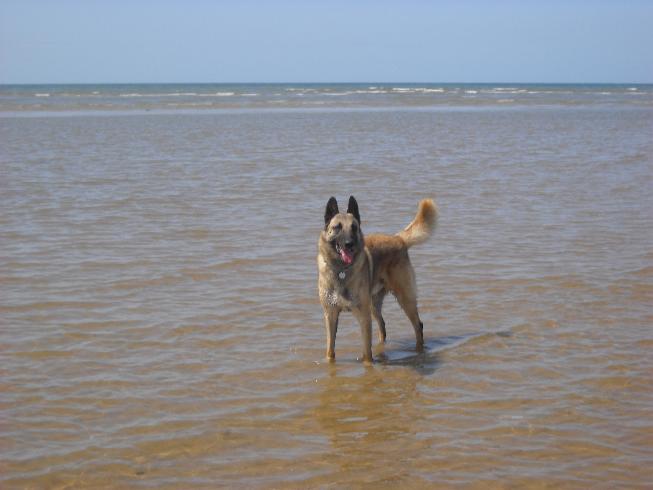 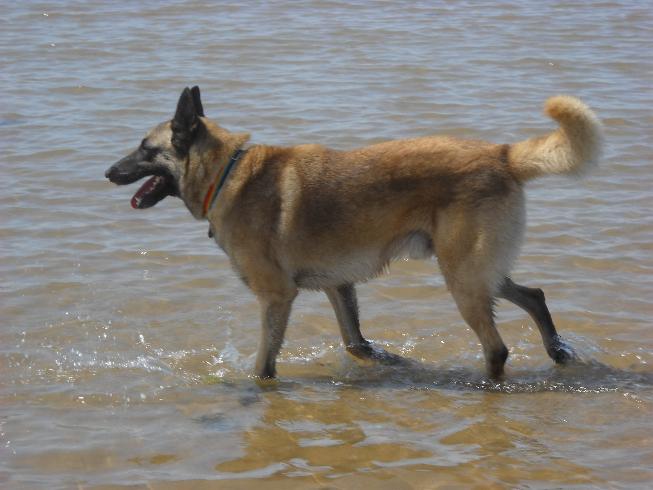 Z in the sea 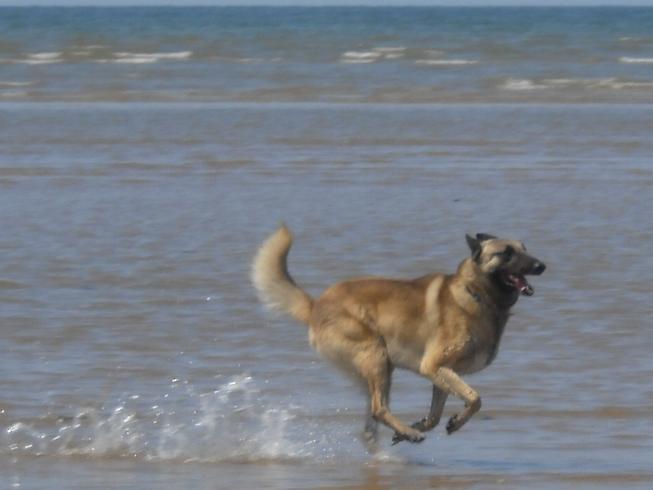 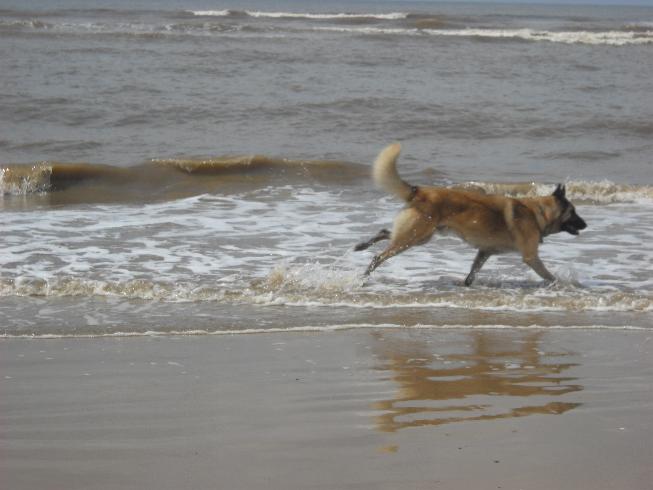 A year later, back at Blackpool beach again, June 2011 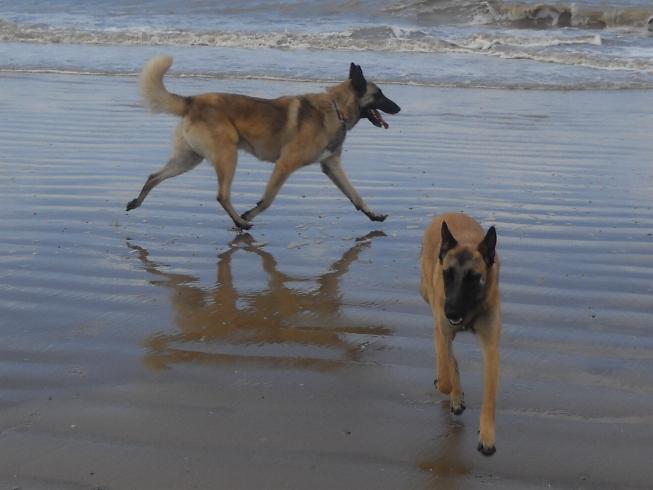 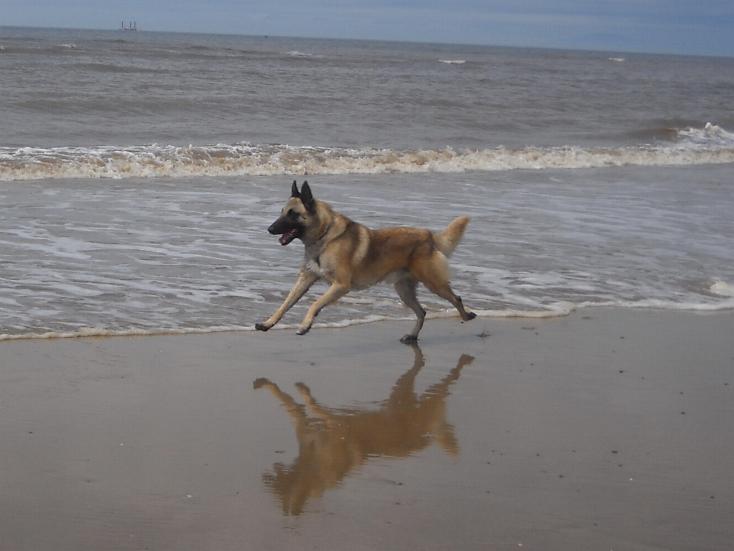 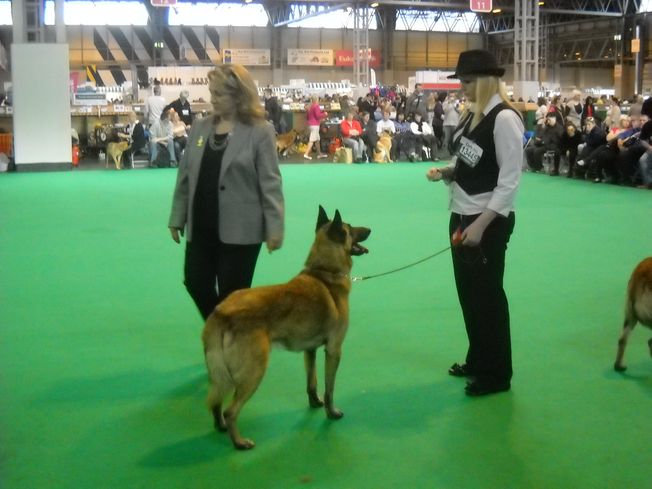 In the ring at Crufts 2012 handled by Melanie 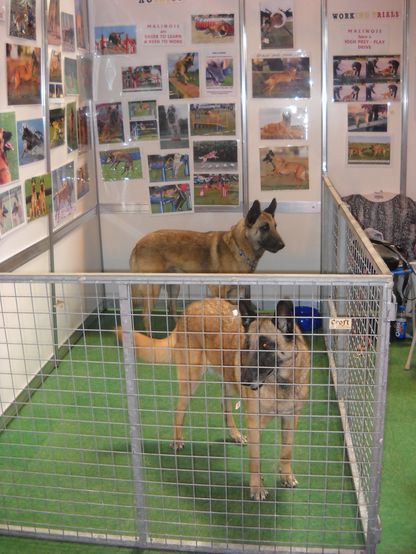 At Discover Dogs Crufts 2012 with mum Ripley (Z at back) 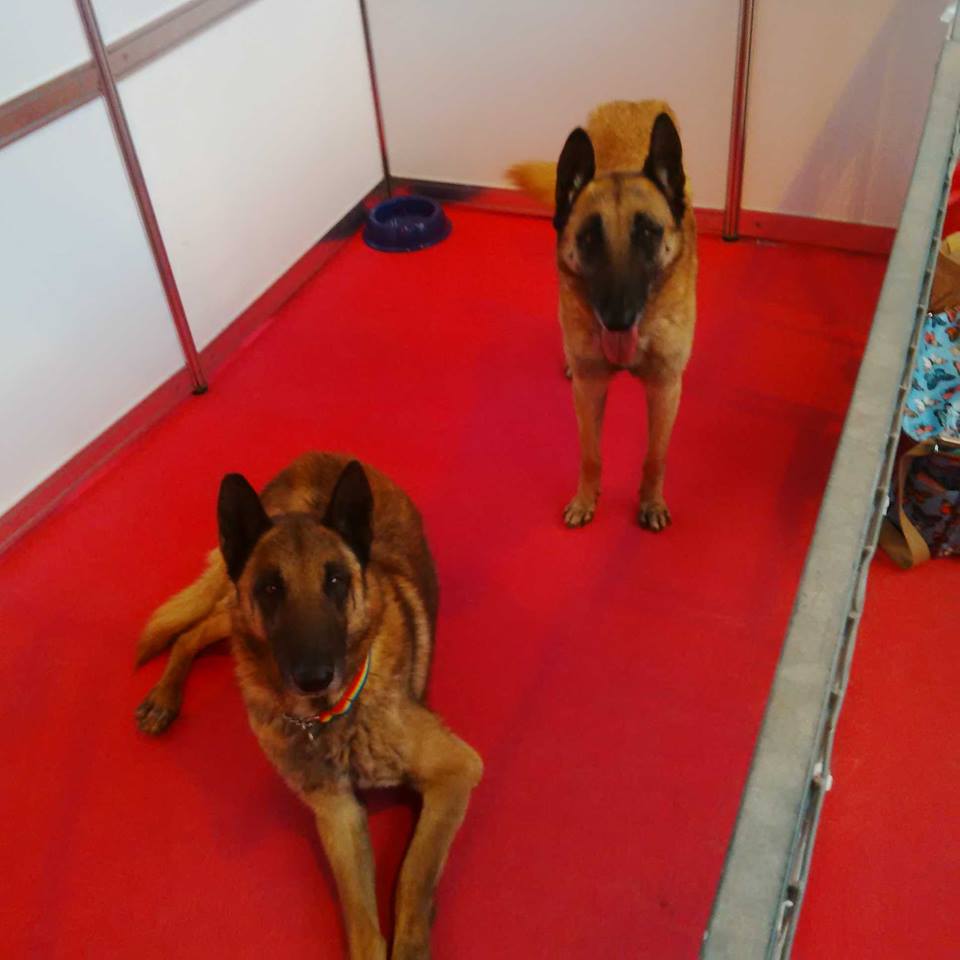 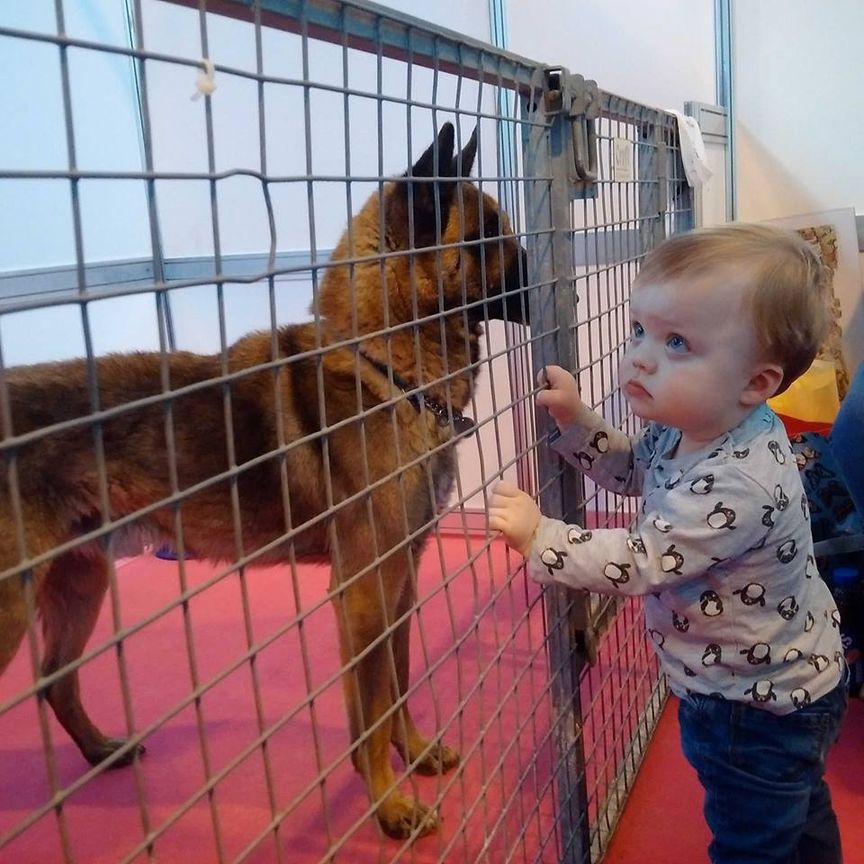